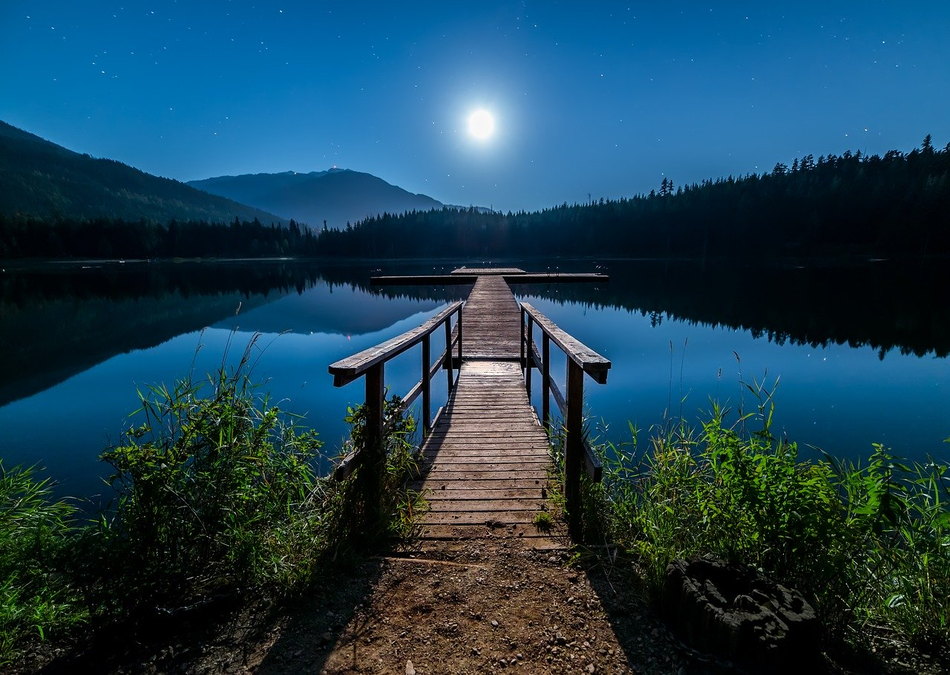 Living off the grid has become a viable option in the recent years. It’s a rising trend in Canada nowadays, with thousands of individuals and families looking to regain their independence, away from the power grids and closer to the land. Traditional methods of growing and preserving food are becoming popular yet again.

But Canada, of course, is not a small country. Different areas and provinces provide us with different options for settlement and off the grid living. Access to water, soil type, climate, and so on – all these factors should be taken into account during the decision making process.

So where is the best place to live off the grid in Canada? The list of best off grid places in Canada includes:

A longer answer to this article’s question is not a simple one, since every place has its own advantages. It is up to you to choose which province or territory sounds the best. And it is up to me to give you the most focused and essential information there is. So let’s check what off-the-grid Canada has to offer, shall we?

This article is also summarized in the following video:

The Best Places to Live off the Grid in Canada

The best off-the-grid area in Alberta is near the Canadian Rockies (the Canadian part of the North American Rocky Mountains). The foothills there have fertile soil, while the crops are protected by the mountains from the harsh, cold winds. Another good location is the area around Red Deer and Edmonton.

Not every spot in Alberta fits the off-the-grid lifestyle. Places like Banff & Lake Louise attract too much tourism, and the land there is far from being affordable. There are also military bases east to the Rockies, which you should avoid.

And then there are Canadian Prairies. While living on a grassland sounds like a possibility, the weather is far from inviting. During the winter, the cold air mass comes from the Arctic region. The temperatures get extremely low, preventing from building an off-the-grid farm and homestead.

In conclusion, while some of the regions of Alberta are highly desirable, others are best avoided. Probably the best place to live off the grid in Canada is the Okanagan Valley, situated in British Columbia. This central piece of the province, located above the state of Washington, has it all:

As you can see, the Okanagan is a terrific place to start your off the grid life. Another nearby location is to the north of the valley, by the foothills of the Rockies. This location also has fertile soil and moderate weather, so you definitely should check it out.

The southern part of Manitoba is considered being more suitable for crops, with an abundance of lakes as a steady water source. The downside is the weather. Not only is there a danger of tornadoes, but the summers are extremely humid and warm. The uncomfortable climate might deter some of the off-gridders from choosing this area.

I included Prince Edward, Nova Scotia and Newfoundland islands under this category, since their off-the-grid living conditions are very similar. These are large islands, yet the population density is low and tolerable. The Maritime islands are close to the mainland, which can be another plus.

The climate can be quite pleasant, without extreme ranges, thanks to the Atlantic Gulf Stream that calms the weather. The weather here is noticeably warmer, if you compare it to the western or central parts of the country, or even to the state of Maine to the south.

The land is very suitable for the crops, especially on Nova Scotia. The Maritime Island Provinces are also known for their moderate land prices. All in all, they sound like a good option to establish your homestead here.

If you look at the eastern half of Canada, you will realize that the south of New Brunswick is the most welcoming region to those who wish to live off the grid. This area has it all:

It’s almost an ideal place, but once again, you need to consider the weather. The summers here can get very humid and filled with bugs. The winters are wet and very chilly. If you can handle this kind of weather, then southern New Brunswick is the place to be.

Similar to other territories and provinces, not all areas of Ontario are the best locations for off the grid living. For this province, however, the reason is that the region near the Great Lakes is heavily populated. There is no option to be far away from the power grids and the crowds.

But there is still a good land for off-grid living in Ontario, mostly to the northwest of Peterborough. You will be removed enough from the rest of the civilization, yet if you need supplies, they are just a short drive away.

It is possible to live for years in a tiny house in Northern Ontario, as this woman has proven:

The options in Quebec are somewhat limited, but if you don’t mind living in the hills and mountains, then there is enough land for you there. Just drive northwest about half an hour either from Montreal or Quebec City, and you’re set.

Compared to Manitoba and some other provinces, Saskatchewan has less water sources available. On the other hand, about half of all Canadian grains grow in Saskatchewan, which means that this province is mainly plains.

This can be good news for those of us who do not wish to live among the mountains. On the other hand, the temperature changes throughout the year are pretty radical. Saskatchewan holds the records for the highest and the lowest temperatures in Canada. These facts can deter some of the folks from choosing this region. If you insist on living here, find a forest with a spring or a small river nearby.

The opportunities to establish an off-grid homestead in northern parts of Canada are limited. Only the toughest survivalists will take upon themselves the challenge of living in a very cold climate and almost never-ending winter. We are talking about such parts of the country as Nunavut, Yukon, Northwest Territories, Newfoundland and Labrador.

The same goes for the northern halves of the aforementioned provinces: Alberta, British Columbia, Manitoba, Saskatchewan and Quebec. Anything mentioned under “Rest of Canada” is not among the best off-the-grid areas. I simply list them to cover the entire map. If you wish to start a new life, living in a removed, isolated, barren place will not keep your spirits up. Better start in the places I recommended earlier.

The Off-the-Grid Communities of Canada

You can establish your own homestead on a remote lot, away from other people – or you can join one of the existing off-the-grid communities in Canada. Places like Yellowknife, NT have well-known communities that live off-grid and enjoy the freedom of their life choices. Yellowknife offers a great experience for people from all walks of life. You don’t even have to build a house – you can rent one for almost nothing.

Then there is the Lasqueti island, not far from Vancouver. Its community of 400 people grow their own corn and forage for food. The power comes from the solar panels and wind turbines. The houses are built from recycled or natural materials, and look very adorable, if I may say so.

On the other side of Vancouver, in Cypress Bay near the town of Tofino, is the Freedom Cove. This unique and small off-grid community actually floats on the water, as it’s built from 12 floating platforms. The couple that built it have created a guest house, art studio, greenhouses, even a dance floor! The greenhouses and the fishing provide this off-grid family with enough food around the year, since they don’t own a refrigerator.

The following map will give you the whole picture where Canadian off-grid communities can be found:

I am certain that choosing the best place is not the only question you have, as far as living off the grid is concerned. You probably have some other important questions. Luckily for you, I have thought about the same questions and already researched the answers.

Is living off the grid in Canada legal or illegal? The answer is not 100% straightforward, as you can imagine. There are a few factors to take into the consideration, so I suggest you read the linked post.

How to plan and prepare for off the grid living? You need to choose the appropriate living space, make sure you have water and can grow food, you need to install an off-grid energy source, and so forth. There is a lot to read before making this decision, so click the link to the article.

How to live off the land?  “The Encyclopedia of Country Living: The Original Manual for Living off the Land & Doing It Yourself” (on Amazon) has all the answers. This amazing encyclopedia is the most comprehensive guidebook that will teach you everything you need to know to start your own homestead. From growing food and livestock to foraging and storing, it has everything you need to know. Whether you are a beginner or a seasoned farmer, anyone can benefit from this book, which by the way has over 500 positive reviews (click the link to read them). A must have for anyone who wishes to live off the grid anywhere, Canada included.

How to farm if my off-the-grid lot is small? Don’t worry, “Mini Farming: Self-Sufficiency on 1/4 Acre” (on Amazon) can answer that. It’s a unique approach to farming and living off the land, no matter how small the land is. This book will teach you how you can take just a quarter of an acre and utilize it to produce at least 85% of your and your family’s year food supply. The book will also teach you how to profit off this small lot and earn more than you have earned while living in the city.

link to How to Survive a Nuclear Bomb: The Ultimate Guide

The risk of nuclear war is on the rise. No one wants to think about the devastation a nuclear bomb could cause, but it's important to be prepared. In this article, we'll explore how to survive a...

Continue Reading
link to Off Grid Homestead: How to Make It Possible

Off the grid living is an alternative to traditional living that has become more popular in recent years. Some people choose to live off the grid because they want to be more self-sufficient, while...