Long before the invention of GPS and compass, our ancestors were navigating the seas and the plains using the stars. The ancient people relied on the stars and constellations to safely guide them home. The stars are permanent markers in the night sky, and can be used for navigation even today.

So how do you navigate by the stars? There are several proven methods, both for Northern and Southern hemispheres. I list these methods in the article. I also explain how to recognize famous constellations that can aid your navigation.

How to Navigate by the North Star

The following image demonstrates how Polaris can be easily located:

How to Navigate by the Southern Cross

The following image demonstrates how to navigate by Southern Cross: 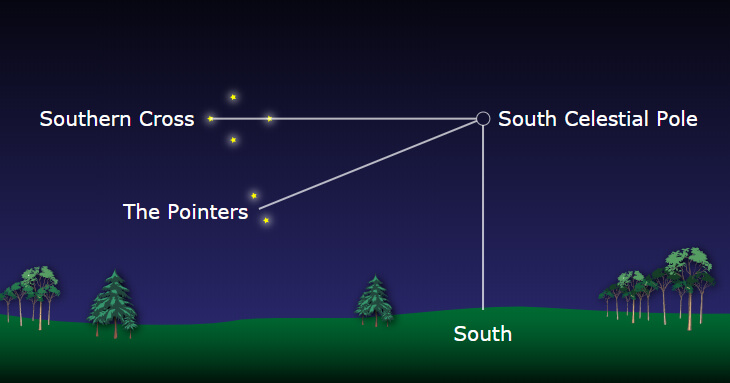 How to Find West or East by the Stars

The following image of Orion will help you familiarize more with this noticeable constellation:

How to Find South by Orion

How to Navigate and Find Direction Using Any Star

How to Find the Latitude by the Stars

How to Locate Helpful Constellations and Navigate by Them

As you know, constellations are groups of stars that are forming visible patterns in the night sky. Many of them are named after mythological heroes and creatures.

Constellations play an important part in the astronavigation (navigation by the stars), as I showed you earlier in the article. Knowing how to locate and recognize them is highly important for any navigator. Keep in mind that some of them shift their location throughout the year, as the Earth makes its way around the Sun. Other, however, stay constant in the sky, and they are known as circumpolar constellations.

Hopefully I was able to help you in your future adventures, and now you know how to navigate by stars, no matter where you are.

Navigating by stars is not the only survival skills you need to learn. I have made a list of basic survival skills, be sure to check it out. In addition, you can navigate using a compass, as long as you choose the right compass.

There are tons of important and useful information on my blog, I cordially invite you to search and browse the articles. And above all, stay safe out there!

link to 25 Types of Hiking: Which One Suits You Best?

One of the best things about hiking is that there’s such a variety of styles and trails to choose from. Whether you want to take a leisurely stroll through the woods or tackle a strenuous climb up...

Looking to ditch your dependence on the utility grid? An off grid washing machine can help you take a big step towards energy independence. Not only will you save money on your monthly energy bill,...